When we began posting daily blogs on March 5, 2011, we never imagined that we would be posting blogs every day, without missing a single day, for more than four years. We never considered whether we would run out of news or topics of importance to medical malpractice victims, medical malpractice lawyers, and anyone who honors and espouses our society’s long history and dogged dedication to the bedrock principals of equal access to justice and fairness of treatment under our laws, which mandate that no one be placed above the law or be granted special privileges under the color of law that provides them advantages not enjoyed by others.

Succinctly stated, there is no legitimacy to a privileged class that is treated differently and more favorably than others in the United States.

That is why we cannot sit idle and quiet when we observe the powerful insurance industry and the massive healthcare industry limitlessly fund and unleash their well-organized and over-sized political clout in pushing state legislatures to pass laws that grant doctors and other health care providers with special financial protections that further harm those who are the most seriously injured by medical negligence. The prime example of this affront to our constitutional right to be treated with fairness and justice is caps (limits) on the amount of noneconomic damages (compensation for pain and suffering, mental anguish, and disfigurement, etc.) that innocent victims of medical malpractice may recover for their losses – for example, California law imposes a limit in the amount of $250,000 for noneconomic damages in medical malpractice cases, which is woefully inadequate, unfair, and unjust compensation for a 25-year-old medical malpractice victim who will have to live the rest of his life with unrelenting pain and confined to a wheelchair, solely because a physician committed avoidable medical negligence that caused his catastrophic injuries.

Our laws are supposed to protect all of us. We are a disparate society and we come from different socio-economic backgrounds (most medical malpractice victims have nothing in common but for the serious injuries they suffered solely as a result of medical negligence). When doctors, their special-interest medical societies, their well-paid and highly-effective lobbyists, and their wealthy medical malpractice insurance companies band together and promote their self-centered agendas with state legislators throughout the United States, threatening that they will abandon their practices to set up shop in other states that have already kowtowed and surrendered to their financial demands, many state legislators forget who elected them, abandon their obligations to represent and protect everyone (equally), and succumb to the un-American idea that the privileged few should be the beneficiaries of unfair medical malpractice laws that subvert justice for the rest of us.

These same state legislators also pass other “reform” laws that place unnecessary and harmful hurdles in the path of medical malpractice victims who seek compensation for their devastating injuries, such as laws that raise the required burden of proof that victims of non-medical negligence do not have to satisfy, nonsensical statutory limitations on who may serve as victims’ medical experts that limit the availability (and raise the costs) of medical experts willing and able to assist victims of medical malpractice, and paternalistic and misguided efforts to modify or destroy the constitutionally-mandated right to have an unbiased jury of one’s peers determine the civil claims of U.S. residents (some states are attempting to replace medical malpractice juries with “medical review panels” chosen by state agencies that solely determine medical malpractice liability and damages issues).

Why has there not been an outcry of disapproval of these egregious and corrosive efforts to protect harmful doctors at the expense of innocent victims of medical malpractice? Probably because most people never think that they will be victims of medical negligence, that they or their family members will suffer substantial injuries and losses due to medical negligence, or that their rights are being subverted by so-called medical malpractice reforms. Also, many people blindly accept as fact the unsupported and false representations from organized medical malpractice reformists that there exists a substantial problem with “frivolous” medical malpractice claims being pursued, that doctors and other medical providers are practicing “defensive medicine” because of their fear of unfounded medical malpractice claims (wouldn’t you want your doctor to perform a medical test that may save your life, even if your doctor believes that it is unlikely that the test will reveal a life-threatening condition?), and that doctors and specialists will close their medical practices, retire from the practice of medicine, or flee to another, more favorable state if medical malpractice “reforms” are not passed into law (when was the last time you heard of a neurologist giving up her lucrative medical practice to become a flower shop owner?).

Because it is unlikely that the powerful, wealthy, well-organized, and highly-motivated health care industry will scale back its political efforts in many states and at the federal level to subvert the laws to its benefit and to the detriment of everyone else, we will continue to blog and fight for our strongly-held commitment to the ideal and premise that our laws are intended to protect all of us, and our laws must not grant special privileges to any special group that results in harm suffered by others.

Visit our website to submit a short, secure form, or call us toll-free in the United States at 800-295-3959, to be connected with medical malpractice attorneys who may assist you. 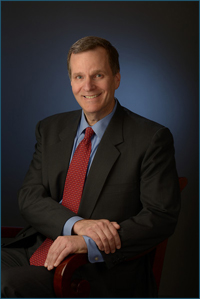