Salmonella Infections In The U.S. Over The Past 15 Years

According to a new report, Salmonella infections have not only not decreased in the last 15 years but have actually increased by 10% in recent years (more than 1 million people in the U.S. become ill from Salmonella each year and account for approximately 50% of the hospitalizations and deaths in the U.S. among nine foodborne illnesses tracked by the Centers for Disease Control and Prevention (CDC)). Notably, E. coli O157 illnesses have decreased by almost 50% during the same period (from 2 cases per 100,000 people in 1997 to 0.9 cases per 100,000 people in 2010) and the overall rate for six foodborne infections have also been reduced by 23%. Nonetheless, foodborne illnesses affect 48 million people in the U.S. (1 out of every 6 people), resulting in more than 100,000 hospitalizations each year. Thousands of people die from foodborne illnesses every year in the U.S.

In an effort to increase food safety in the U.S., the FDA Food Safety Modernization Act (FSMA) was signed into law on January 4, 2011. The FSMA shifts the emphasis from responding to food contamination to preventing it by requiring food facilities to evaluate the hazards in their operations, implement and monitor effective measures to prevent contamination, and have a plan in place to take any corrective actions that are necessary; by requiring the Food and Drug Administration (FDA) to establish science-based standards for the safe production and harvesting of fruits and vegetables to minimize the risk of serious illnesses or death; and, by holding food companies accountable for preventing contamination.

Because about 15% of the food supply in the U.S. is imported (60% of fresh fruits and vegetables and 80% of seafood), the FSMA also requires importers to perform supplier verification activities to ensure imported food is safe; authorizes the FDA to refuse admission to imported food if the foreign facility or country refuses to allow an FDA inspection; authorizes the FDA to require certification, based on risk criteria, that the imported food is in compliance with food safety requirements; and, provides an incentive for importers to take additional food safety measures by directing the FDA to establish a voluntary program through which imports may receive expedited review of their shipments if the importer has taken certain measures to assure the safety of the food. And the FSMA provides the FDA with mandatory recall authority for all food products for the first time in the FDA’s history.

In order to reduce the risk of foodborne illnesses, the CDC suggests that you should assume raw chicken and other meat carry bacteria that can cause illness and should not allow them to contaminate surfaces and other foods, such as produce. While it’s important to wash produce thoroughly, you should never wash meat and poultry. You should cook chicken, meat, poultry, and eggs thoroughly and avoid consuming unpasteurized milk, juice, and unpasteurized soft cheese. You should also make sure shellfish are cooked or treated for safety before eating.

If you or a family member have suffered serious effects from foodborne illnesses, our website may be able to connect you with lawyers in your local area who may be able 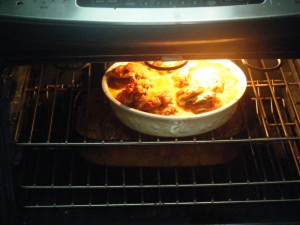