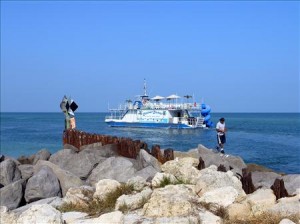 Carbon monoxide, which is often referred to simply as CO, is an odorless, colorless, tasteless gas that weighs about the same as air and therefore will not rise and fall as other gases and distributes itself throughout an enclosed space. CO is the product of incomplete combustion that is found in the exhaust of motor vehicles and gas-powered boats, small gas engines such as gas generators, gas ranges, gas lanterns, grills that burn charcoal or wood, gas ranges, wood-burning fireplaces, and gas heating systems. People often associate CO poisoning with the winter months when improperly exhausted gas heating systems, wood stoves, and gas generators used in enclosed spaces are identified as the cause of severe injuries or death due to breathing in CO.

Breathing in CO causes poisoning because the CO more readily binds with red blood cells than oxygen (O2), thereby reducing oxygen in the body and leading  to tissue damage and death if  the exposure is concentrated enough over a sufficient period of time. News stories tell of people who went to sleep in areas exposed to high levels of CO and never woke up.

Symptoms of  CO poisoning include headache, dizziness, weakness, nausea, vomiting, chest pain, confusion, and ultimately unconsciousness and death. Because CO is not detectable by people because CO is odorless, colorless, and tasteless, it is imperative that living spaces occupied by people near any possible source of CO be equipped with a working and properly installed CO monitor and alarm that are readily and widely available. People exposed to CO must be removed from the effected area immediately and moved into an area of clean air without CO. Immediate medical treatment is essential and usually involves breathing 100% oxygen and sometimes hyperbaric chamber oxygen treatment.

CO poisoning does not occur only during the cooler months. During the summer, sources of CO include barbecuing indoors, running vehicles in enclosed garages, driving a vehicle with the tailgate open, exhaust from gas motors from boats that is not properly vented, use of gas generators indoors when the power goes out after a thunderstorm, use of gas stoves and lanterns in enclosed areas such as tents when  camping, etc.

CO can build up in a boat’s cabin, cockpit, bridge, and aft deck while traveling at slow speeds or while idling in water. Wind from the back of the boat can increase CO exposure. CO that builds up in the air space beneath the stern deck or on and near the swim deck can kill someone in seconds. And back drafting can cause CO to build up inside the cabin, cockpit, and bridge when a boat is operated at a high bow angle, is improperly or heavily loaded, or has an opening that draws in exhaust (back drafting occurs when a boat moving forward creates reduced atmospheric pressure immediately aft of those large parts of the boat that are at right angles to the movement of the boat).

If a faulty appliance caused you or a loved one to suffer carbon monoxide (CO) poisoning, use our website to find attorneys in your local area to help you with your claim. Our toll free number is 800-295-3959.